As the year ended, I reflected on some of the highlights of the 2012 and my life in general. 1 of the things I always look at is my favorite dances for the year. Now while there were some AMAZING ones I added to the list – my absolute favorite social dance in the world happened in 2011 with a Salsera called Nina from Twisted Feet Dance Crew in Sweden @ the Hot Salsa Weekend.

When we first danced, I had no idea who she was or what her level would be. Yet within 5 seconds we clicked and I knew  that I had met a kindred spirit in dance. I later on discovered she is into Hip Hop as well as Salsa – my 2 favorite forms of dance and she has without a doubt mastered both. (She apparently also loves eating pineapples like I do too.)

While at the Hot Salsa Weekend, I also had the pleasure of meeting her dance parter Zerjon. About 1 month later, I saw a performance they did which was a Salsa Hip Hop Fusion to MJ’s Liberian Girl.
This is hands down the best Salsa Hip Hop fusion performance I have personally ever seen and I am sure it will blow your mind like it did mine.

Simply click on the picture below to watch the video. 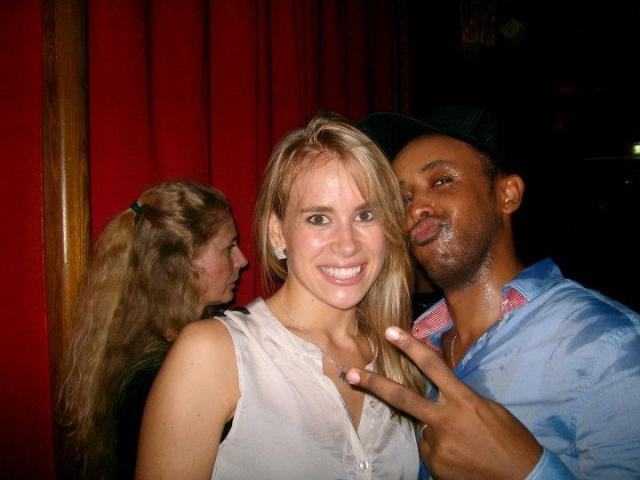 If you ever see Nina on the dance floor, make sure you grab her for a Dance. You won’t regret it. 😉

That is all I had to share with you this week. Till next week people, hope you have an Awesome 2013!

Causality - I believe for every action, there is an equal and opposite reaction. Cause and Effect. I am the cause - what will be the effect?
View all posts by Chilly →
This entry was posted in Salsa! and tagged Chilly's blog, Inspiration, Liberian Girl, Nina Kollbrunner, Salsa Congress, Salsa Hip Hop Fusion, Zerjon. Bookmark the permalink.

1 Response to Nina and Zerjon