You know, I almost always write about dancing when it comes to my weekly Salsa blog post. However, (when you think about it) the fact is there would be no dancing without the 1 essential ingredient – The Music. 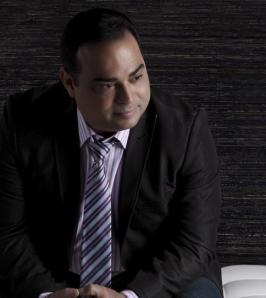 So I think its about time I wrote about the people who actually make salsa dancing possible. Today, I am gonna write about one of my favorite Salsa Musicians – Gilberto Santa Rosa, also known as “El Caballero de la Salsa” (The Gentleman of Salsa). He is a Salsa Legend who was born on August 21, 1962 and is a Puerto Rican bandleader and singer of salsa and bolero (slow-tempo Latin music).

It was hard to even pin point it down to just these when you realise that he has about 25 albums out, spanning from 1986 – 2012. Its insane, I have actually probably only heard about 1/4 of the stuff he has ever made.

Side Note: I may actually get to see him perform live at the Hamburg Salsa Congress in July! 🙂

Anyway, lets get some history on the Gentleman of Salsa:
Gilberto was born in Carolina, Puerto Rico where he became interested in music and took part in his first concert while still a teenager. In 1976 he made his recording debut as a backup singer with the Mario Ortiz Orchestra & soon afterwards he was recruited by La Grande Orchestra, where he became the lead singer. During this time he met Elias Lopes who helped to mold and polish him as a singer.

During the 1980s, he recorded “Homenaje a Eddie Palmieri” (Tribute to Eddie Palmieri) with the Puerto Rican All Stars. He also recorded with other famous Orchestras like the Tommy Olivencia Orchestra, the Willie Rosario orchestra and the Legendary El Gran Combo.

During his career, Santa Rosa developed his own unique style of “soneo” (improvisation) in salsa that really pushed his success to where it is today. Gilberto was the first singer of tropical salsa to have a concert at Carnegie Hall Theater, in New York. Now the highlight of the evening was the four-minute unscripted addition he made to his song “Perdoname” (Forgive Me), which is without a doubt one of his improv master-pieces. You can watch a rendition of that by clicking the pic below: 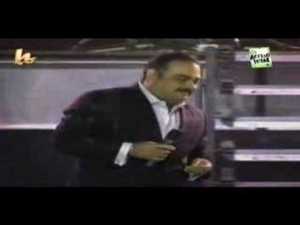 Some of his noteworthy accolades & achievements:

Now I want you to watch one of my favorite Salseros Jorge ‘Ataca’ from Island Touch throwing it down with Ambra Rusello from Dominican Power to one of my absolute favorite Santa Rosa tracks “Vivir Sin Ella” (Living without Her)!

P.s. See if you can spot Teddy rocking it with one of the Island Touch Girls. 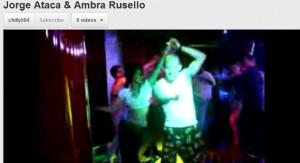 Causality - I believe for every action, there is an equal and opposite reaction. Cause and Effect. I am the cause - what will be the effect?
View all posts by Chilly →
This entry was posted in Salsa! and tagged Chilly, Chilly's blog, Gilberto Santa Rosa, How to dance Salsa, Perdoname, salsa, Salsa Legends, Salsa Music, The Genleman of Salsa, Vivir Sin Ella. Bookmark the permalink.

1 Response to The Gentleman of Salsa – Gilberto Santa Rosa