5 Albulms to add to your collection before the year ends

As we are fast approaching the end of 2012, this Thursday I am gonna talk about the 5 Latin albums that have amazed me in the 2nd half of 2012 and you should definitely add to your music collection:

Their album “Watch Out! ¡Ten Cuidao!” has been nominated for a Latin Grammy in the “Best Salsa Album” category and is my personal favorite Salsa Album at the moment.
Released in 2011, Its a BEAST of an album and a must add to your collection. Thanks to Albert Torres for introducing me to this album. 😉

George Velez is so down to earth and his love for Salsa is just so evident you cant help but love his music.  This is 1 album to definitely pick up as all 8 tracks on it are absolutely Awesome. It will only cost you $7.92 so click here and go on and get your copy NOW!

You can also go to my friend DJ Niko’s Blog, there George allows you to download one of his tracks called Ary for free so you can listen to just how good they are.

My favorites:
All 8 songs rock, but Preguntele is definitely it for me. Then there is Rumba En Mi Barrio, Esa Mujer, Un Tipo Sala’o then……… arrggghhh too many. Just go listen to them! 🙂

3. Jimmy Bosch – Soneando Trombon
Pueorto Rican Jimmy Bosch aka Salsa’s Brutal Trombone is known throughout the world as a trombonist, composer, entertainer and producer of his own records.
I have always been a fan of all 4 of his different albums. Three songs in particular come from his 1998 albulm – Soneando Trombon. These 3 tracks are  Otra Oportunidad, Padre Soy & Jimmys Bop. Definitely a CD to add to your collection.

4. Prince Royce –  Phase II
23 year old Royce Rojas is the Dominican American Bachata singer & songwriter who took the Bachata scene by storm with his debut album in 2010 which had the singles Stand by Me and Corazon Sin Cara. Now he is doing it all over again with his second albulm called Phase II.

This boy is always one to keep an eye on and is my personal favorite Bachata Singer. Definitely an albulm to add to your collection.
My favorites: Eres Tu, Dulce, Incondicional. 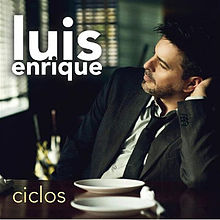 The Nicaraguan Singer well known for having 1 of the most recognisable songs in Salsa today – Yo No Sé Mañana. This track comes off the Albulm Ciclos which is his 17th studio release. This Album is amazing!

My favorites:
Como Volver A ser Feliz, Sonrie, Inocencia. His entire  album is pretty amazing to listen to.

So there you have it. These are the  5 Latin albums that I recommend you add to your collection before the year ends.

Till next week, you know the drill … Live, Laugh, Love & Salsa!

Causality - I believe for every action, there is an equal and opposite reaction. Cause and Effect. I am the cause - what will be the effect?
View all posts by Chilly →
This entry was posted in Salsa! and tagged Chilly's blog, Grupo Arcano, How to dance Salsa, Jimmy Bosch, Luis Enrique, Mambo Legends Orchestra, Prince Royce, salsa, Salsa Blogs, Salsa Music, top 5 albums. Bookmark the permalink.