In last year I discovered DJ’ing. It’s an awesome thing to get behind the Decks and play the music that makes you feel good and also gets people on the dance floor. 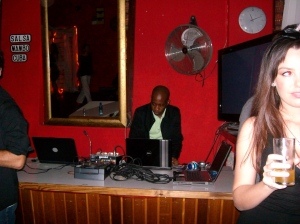 DJ Chilli – Hot on the Decks & Cool on the Dance Floor!

So I am going to write about the songs that made 2010 rock for me and that were guaranteed to get people on the dance floor.

The most Unexpected song to get people on the dance floor?
Baby by Justin Beiber. I personally think this kid has got talent, but so many people hate on him its kind of sad. Therefore everytime I played one of his songs, I expected a stare of disapproval and possibly even a riot! But on the contrary, when I played the Beiber people just continued jamming. The most shocking part was that the guys who would normally hate on Justin were not only enjoying the song, they were singing along also (I am sure if you asked them now they would deny it. Just keep an eye on them next time you are in the club).

The Song guaranteed to get a party started?
Like a G6 by Far east movement. Nuff said.

The best featured artist of 2010?
While Drake made some waves, this award has to go to Nicki Minaj who was Featured in about 15 songs and almost all of them ended up on the top 100. Letting Go (dutty Love) by Sean Kingston, My chick bad by Ludacris and Check it Out by Will.I.Am being some of the most popular.

By now I am sure you know, I Love Salsa and I also play a lot of Latin Music and DJ at Salsa socials.
So what was the best Latin song that made its debut in 2010?
It was very close between :
Prince Royce – Stand By Me &
Shakira – Loca
But I will have to give it to Prince Royce. This boy has got mad skillz!

The best love song of 2010 without a doubt has to go to Bruno Mars with Amazing. This song is just Amazing. (Grenade on the other hand, also by Bruno Mars should be the Nice Guys National Anthem)

Whip my Hair – By Willow Smith is the best track by a young arist. She may be Will Smiths daugther, but without a doubt she made a bonafide hit in her own right.

As far as the best commercial Hip Hop & RnB song is concerned, a few artists rocked this year: Flo Rida, Tinie Tempah, Jason Derulo, Usher, but The return of Eminem with Not Afraid and the emergence of Taio Cruz with Dynamite wins in this category.

The Best house track?
Yolanda Be Cool – We No speak Americano.

The best female artist of 2010 goes to Rihanna. This chick had hit after hit this year in her Albulm Loud – Tracks like – Love the way you lie, Whats My name & Only Girl in the World! She without a doubt killed it in 2010.

The Best South African Song?
There were a few options here, Arrows with Love Sick or Love you better by Crazy White boy to name a few, however I will have to give it as a tie between Liquid Deep and Locnville for just having the most hits in 2010.

Best producer of 2010?
David Guetta the French House Music Producer who dresses like he is homeless is without a doubt a musical Genius.

And now for the ULTIMATE PRIZE
THE BEST SONG IN 2010?
The song that RULED the dance floor and and which could get any party going irrespective of Genre:
Waka Waka by Shakira! (A remake of the 1986 Cameroonian song by Golden Sounds called Zangalewa.)This song ALWAYS got the dance floor buzing. RESPECT! 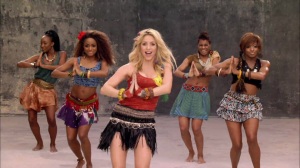 Causality - I believe for every action, there is an equal and opposite reaction. Cause and Effect. I am the cause - what will be the effect?
View all posts by Chilly →
This entry was posted in Randoms and tagged best songs, Chilly, Chilly's blog, Dj Chilli, Hits of 2010, Hot on the Decks, Latin Music, Loca, Music, Nicki Minaj, Prince Royce, Rihanna, Shakira, Songs of 2010. Bookmark the permalink.